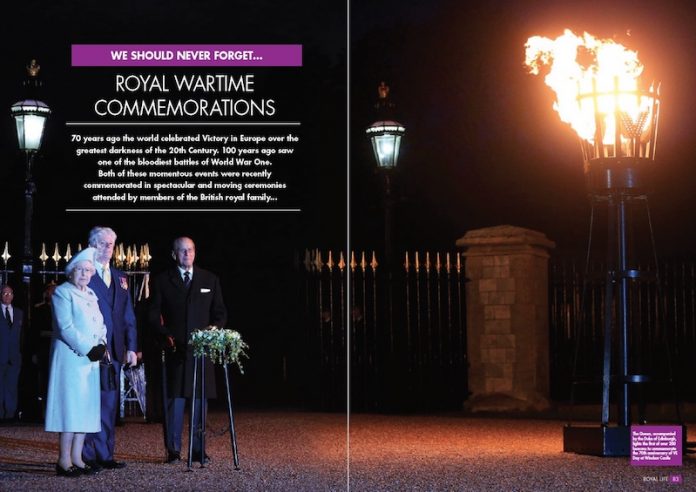 On the 8th May 2020 at 11 am, The Prince of Wales accompanied by The Duchess of Cornwall will lead the nation in two minutes’ silence to mark the 75th anniversary of VE Day.

Their Royal Highnesses will lead the silence from Scotland, which will be broadcast live by the BBC.

Due to the Coronavirus, the BBC will be broadcasting a service from Westminster, starting at 10:50 am BST, where socially-distanced wreath-laying will take place.

A two-minute silence will follow at 11 am, with a re-broadcast of Winston Churchill’s speech at 14:45 pm, where people will be invited to stand up and raise a glass in a national toast, saying: “To those who gave so much, we thank you”.

And finally, at 21:00 pm, a pre-recorded message from Her Majesty The Queen will be broadcast.

And if you’re wondering what VE Day is, here are some interesting facts…

To keep up with the day’s activities and to let us know how you will be celebrating, please visit us on Facebook or Twitter.

We hope you’ll join us in saying: “To those who gave so much, we thank you”.