The Duke and Duchess of Cambridge will attend the Royal Variety Performance at the Palladium Theatre, London on Monday 18th November.

The Royal Variety Performance takes place every year, either in London or in a theatre around the United Kingdom. The event is in aid of the Royal Variety Charity, formerly the Entertainment Artistes’ Benevolent Fund, of which the Queen is patron. The money raised from the show helps hundreds of entertainers throughout the UK, who need help and assistance as a result of old age, ill-health, or hard times.

The evening will be hosted by Rob Beckett and Romesh Ranganathan and will include performances from Sir Rod Stewart, the cast of Mary Poppins, Lewis Capaldi, Mabel, Robbie Williams, the cast of Come From Away, and a special collaboration by Emeli Sandé and Manchester’s Bee Vocal choir.

Held at London’s Coliseum, the show was staged as a ‘celebration of peace’ and, as the official announcement expressed it, “had been commanded by the King to show his appreciation of the generous manner in which artistes of the variety stage had helped the numerous funds connected with the war”.

On the night, Their Royal Highnesses will meet a number of performers as well as Royal Variety Charity and ITV executives before and after the show. 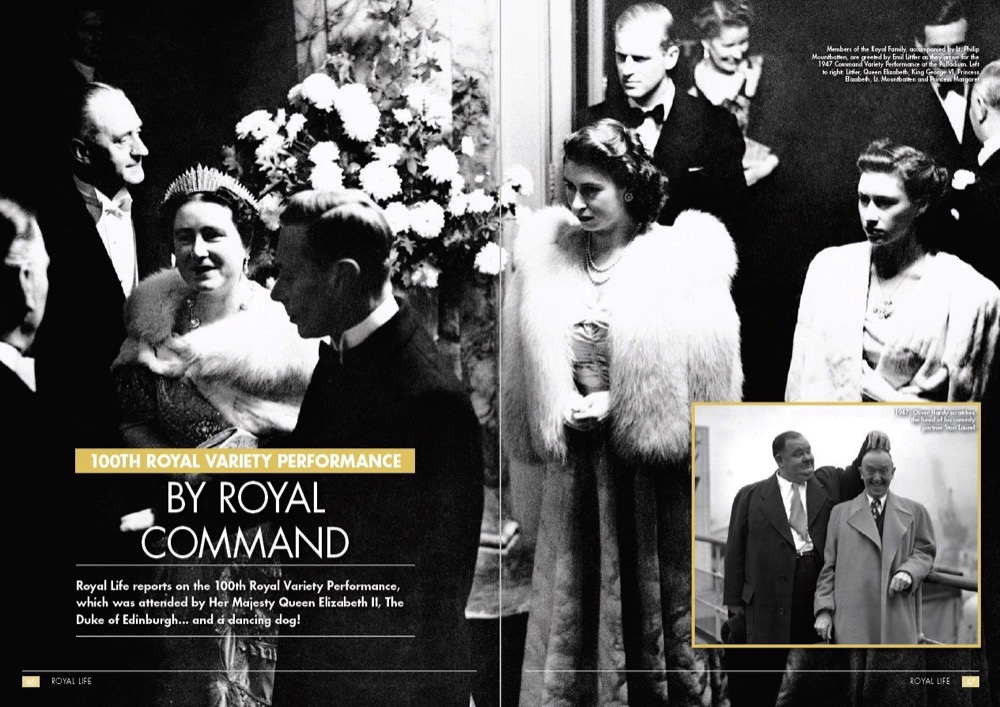 Royals to Attend ‘Together At Christmas’ Community Carol Service

The Duchess of Cornwall Celebrates the 70th Anniversary of The Archers

Royals to Attend ‘Together At Christmas’ Community Carol Service

The Duchess of Cornwall Celebrates the 70th Anniversary of The Archers

The Prince of Wales Visits Royal College of Music to Officially...

The Prince of Wales to Present Queen Elizabeth Prize for Engineering