Her Majesty The Queen, accompanied by Members of The Royal Family, will be present at the Birthday Parade on Horse Guards Parade at which The Colour of the 1st Battalion Grenadier Guards will be trooped.

Her Majesty will then drive in a carriage back to Buckingham Palace at the head of The Queen’s Guard, after which The Queen, accompanied by Members of The Royal Family, will watch a fly-past of aircraft by the Royal Air Force.

The Trooping of the Colour has marked the official birthday of the British Sovereign for over 260 years.

Over 1400 parading soldiers, almost 300 horses and 400 musicians take part in the event each year to mark The Queen’s official birthday. The parade moves from Buckingham Palace and down The Mall to Horse Guard’s Parade, alongside Members of the Royal Family on horseback and in carriages. Once The Queen has arrived at Horse Guard’s Parade, Her Majesty is greeted by a Royal salute and carries out an inspection of the troops.

The display closes with an RAF fly-past, watched by Members of the Royal Family from the Buckingham Palace balcony.

You can watch Trooping the Colour live on BBC One, beginning at 10.30am.

View coverage from previous years in the following issues of Royal Life: 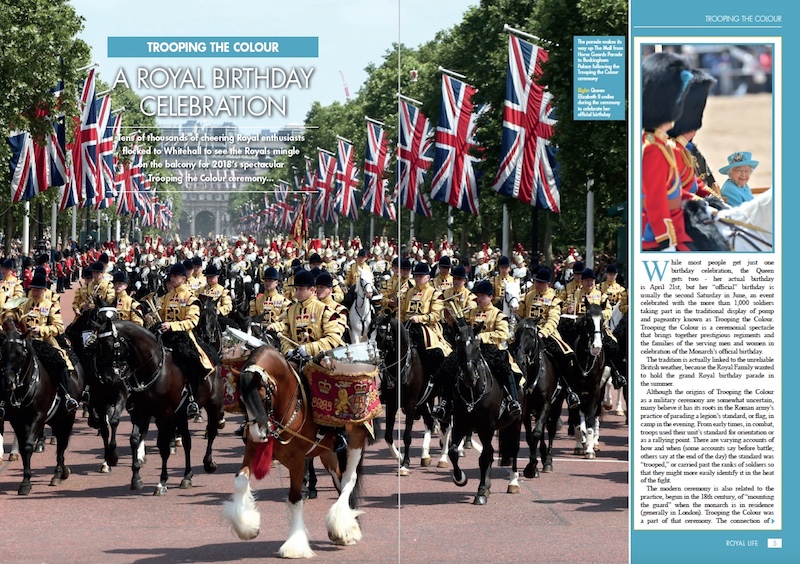 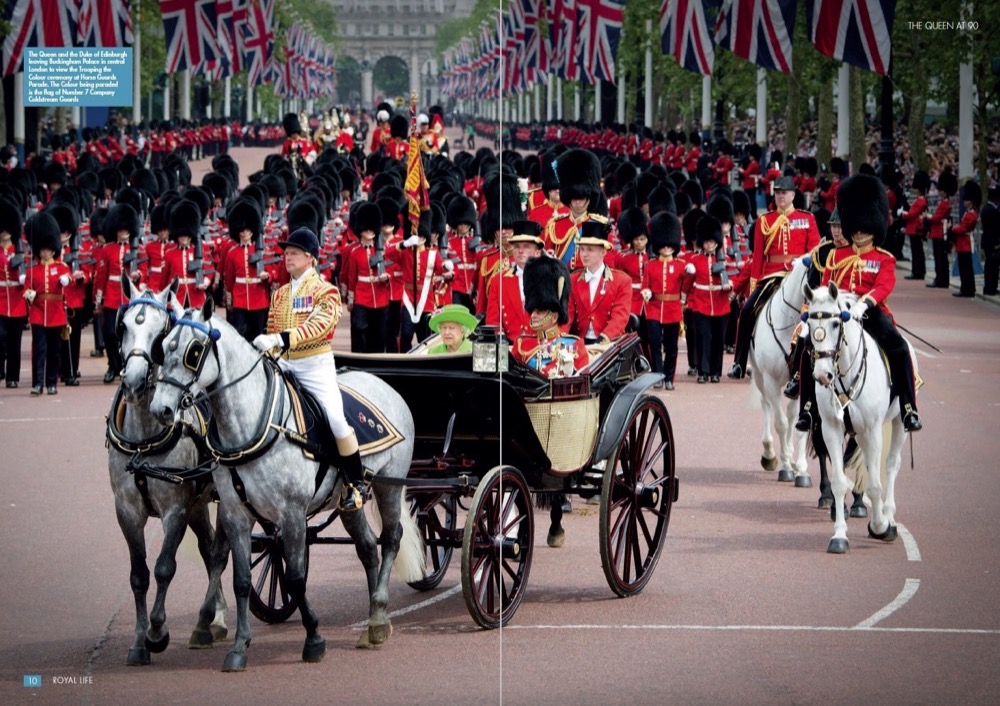 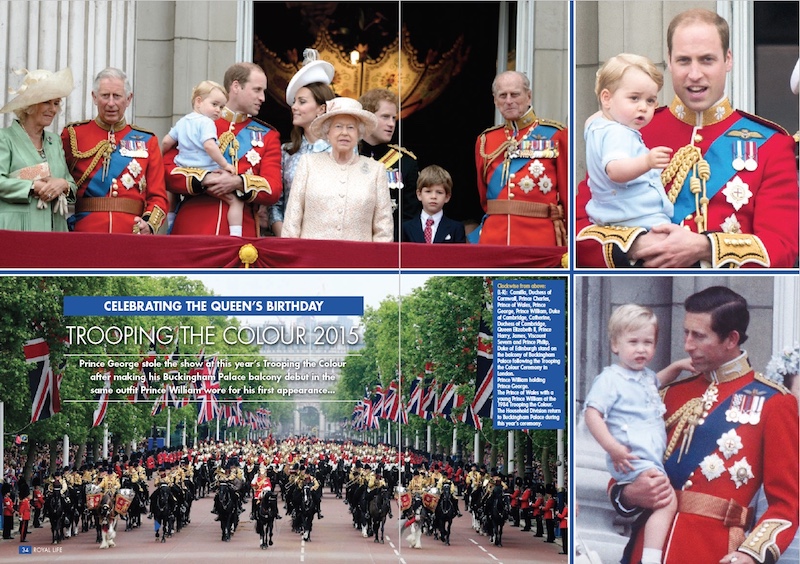 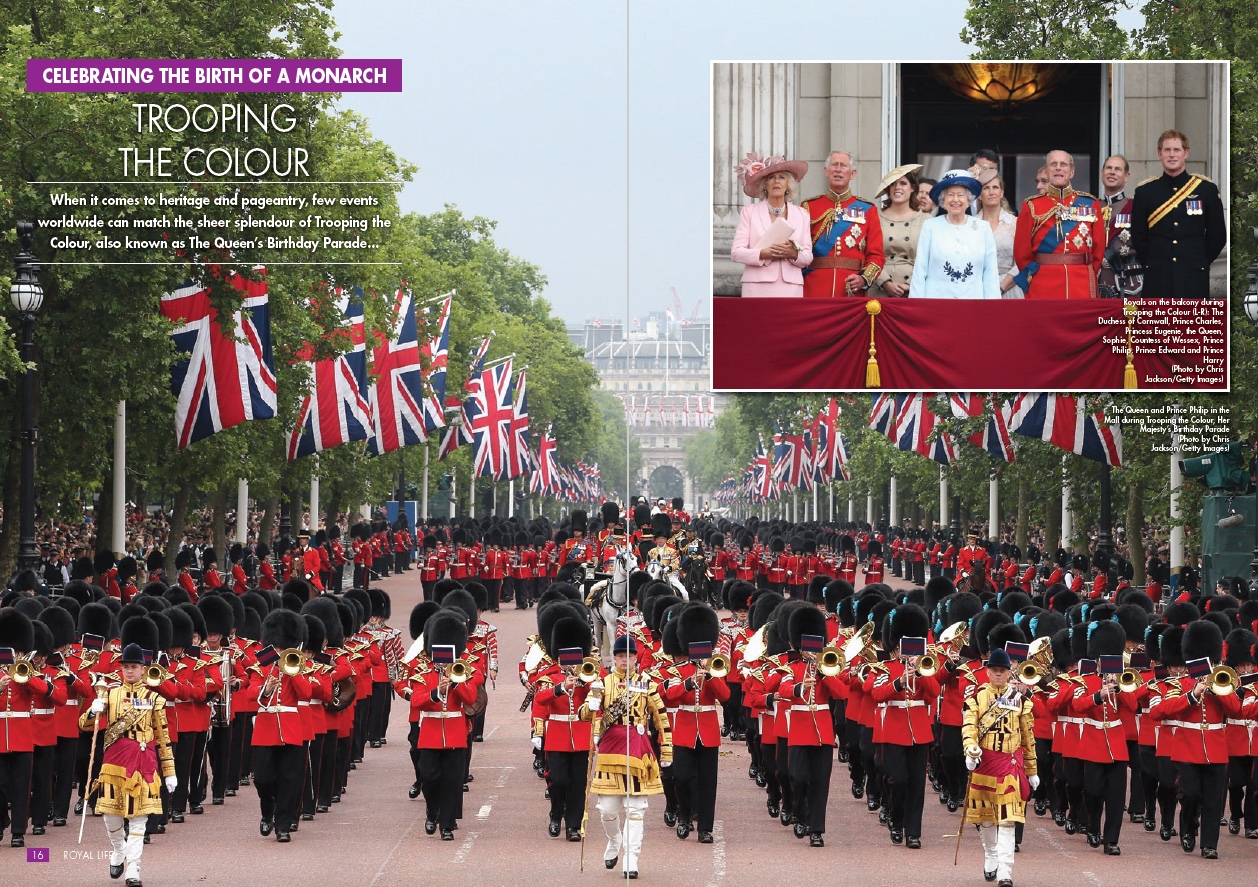