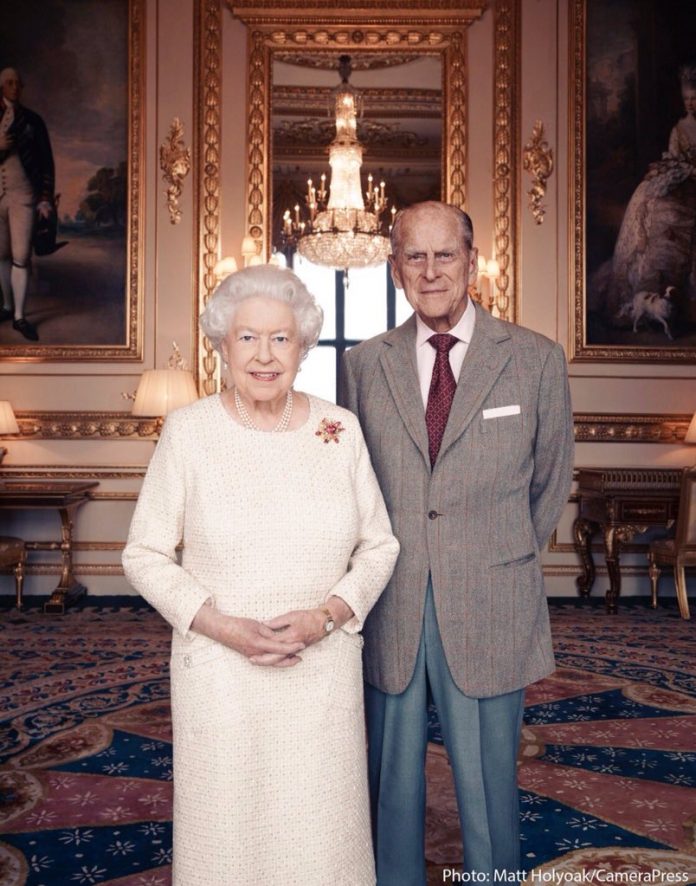 New photographic portraits have been released worldwide to mark the 70th Wedding Anniversary of Her Majesty The Queen and His Royal Highness The Duke of Edinburgh on 20th November 2017.

The portraits, by British photographer Matt Holyoak of Camera Press, were taken in the White Drawing Room at Windsor Castle in early November. Her Majesty wears a cream day dress by Angela Kelly, also worn at the Diamond Wedding Anniversary Service of Thanksgiving. The Queen is wearing the ‘Scarab’ brooch in yellow gold, carved ruby and diamond, designed by Andrew Grima,  given as a personal gift from The Duke to The Queen in 1966.

In the first portrait The Queen and His Royal Highness are framed by Thomas Gainsborough’s 1781 portraits of George III and Queen Charlotte, who were married for 57 years.

In a second sequence of pictures The Queen and the Duke are photographed against a platinum-textured backdrop. 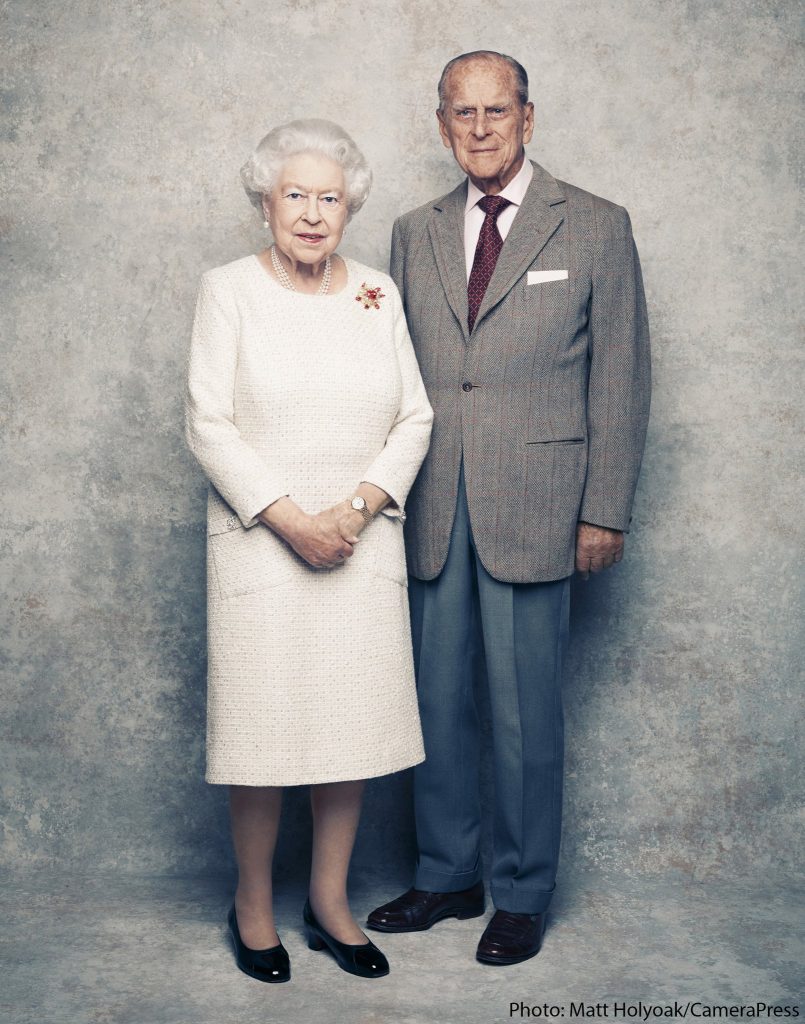 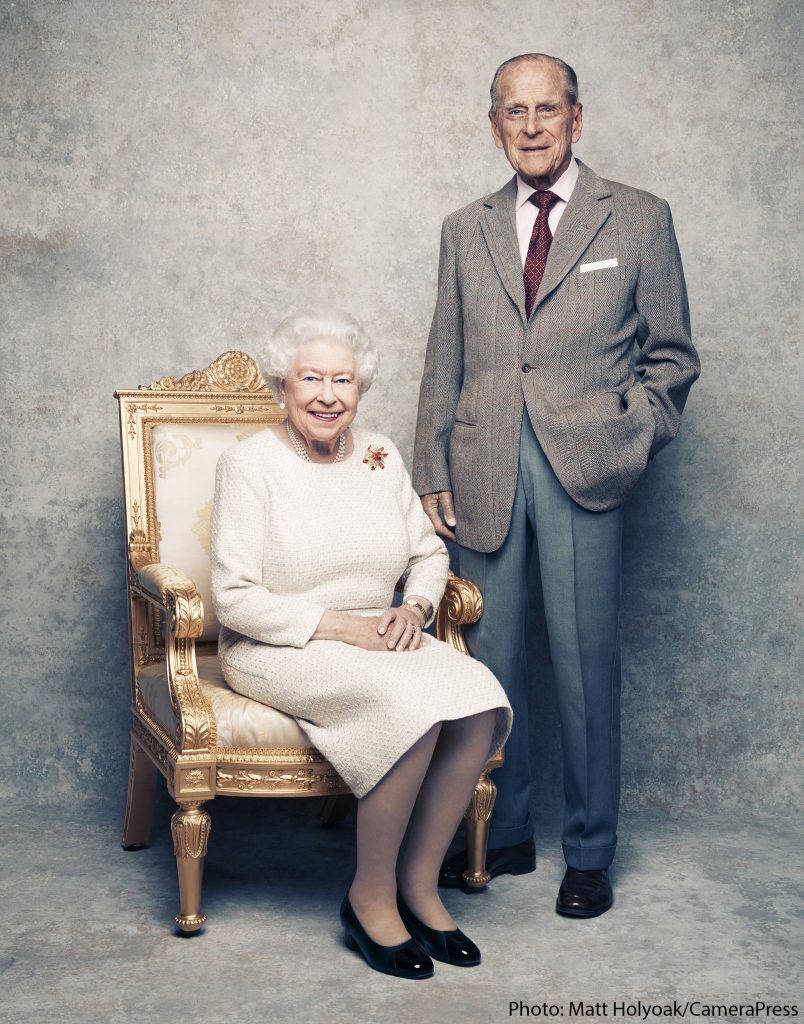 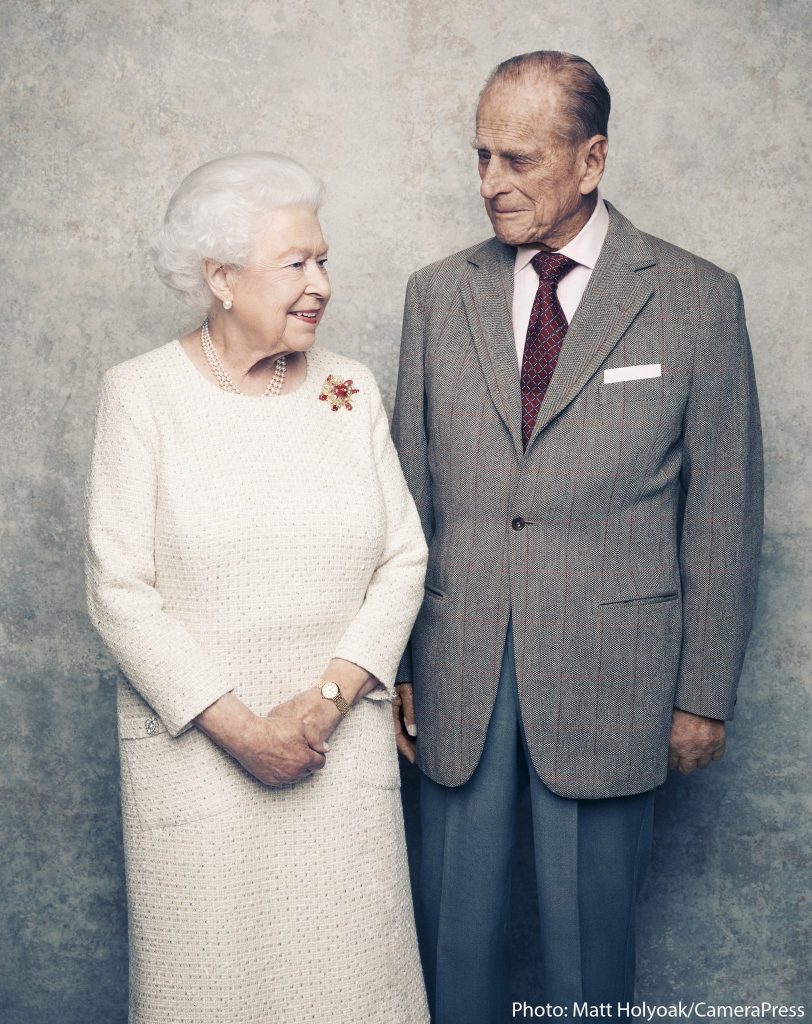 The marriage of the then Princess Elizabeth to Lieutenant Philip Mountbatten at Westminster Abbey on 20th November 1947 attracted worldwide attention. Distribution of the official wedding images, by the photographer Baron, were the first assignment of a new photo agency, Camera Press, which also celebrates its 70th year in 2017.