Home Uncategorised The Royals at the Olympics 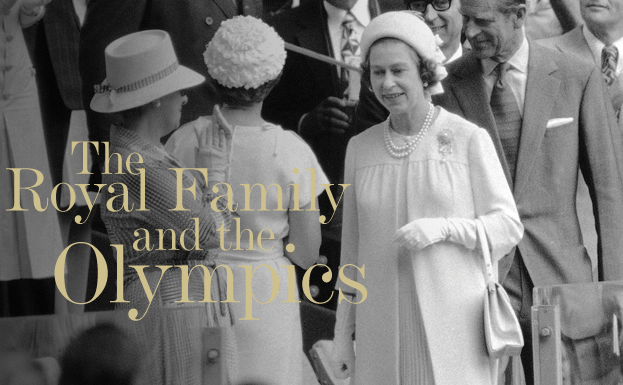 As befits her status as head of state, the Queen ? along with many other members of the Royal Family – will have a huge role to play in the 2012 Olympics. With Prince Philip at her side, the Queen will open the Games during a glittering ceremony at the 80,000-seat Olympic Stadium on July 27th. Following the parade of teams from across the world – headed by Greece, the birthplace of the Games, and finished off by hosts the United Kingdom – the Queen will officially declare the Games open, just as her father King George VI did at Wembley for the 1948 London Olympics. The monarch and The Duke of Edinburgh will also open the Paralympic Games on August 29th at the same stadium. This will represent the first time Queen Elizabeth II has opened the Paralympics and comes at a time when she would normally take her summer holiday. The Queen has great admiration for disabled athletes and is determined to be involved in the games. Yet 2012 is just the latest episode in a long association that the Royal Family has had with the Olympic movement ? the Queen also opened the Games in Montreal in 1976, in her capacity as head of state of Canada, whilst Prince Philip opened the 1956 Melbourne Games on her behalf.

One current member of the Royal Family has even competed in the Games – Princess Anne was a member of the British squad at the 1976 Montreal Games. The Princess Royal was a member of the UK equestrian team and rode the Queen’s horse, ‘Goodwill.’ Royal horse and rider competed in both the individual and team eventing competitions; in the individual, Anne was placed 24th overall, and as a team, Great Britain was placed 9th. She was also the only female competitor not to have to submit to a sex test – as the Queen’s daughter, such a test was seen as inappropriate.

Anne’s daughter Zara Phillips is also a very accomplished equestrian rider and was in line to take part in the 2004 and 2008 Olympics, but injuries to her horse ‘Toytown’ prevented her from competing in either event. Zara has qualified for the 2012 London Olympics and we have high hopes for a Jubilee year victory! Looking back further, British monarchs have had vital roles to play in the history and development of the Olympic movement ? in 1948 it was only thanks to the Queen’s father that the Games took place in the British capital at all. Although London had been elected as host city, Britain almost handed over the role of host to the USA, as the country was in deep financial trouble after the Second World War and rationing was still in force, but the King stepped in with his view that the Games would help restore and revitalise Britain after the rigours of war. This advice was heeded and what became known as the ‘Austerity Games’ were a huge success – organisers were careful to work to a tight budget and no new building work was authorised, with all events taking place in existing venues. Despite initial scepticism, the public warmed to the Games and strong attendances were recorded throughout, with Britain setting a fantastic example of friendliness and fair play. The war had stopped two Games taking place ? in 1940 and 1944 – but the 1948 Olympics started an unbroken sequence of quad-annual Games that has continued right through to 2012.

In fact, the Royal Family’s relationship with the Olympics goes back to almost the very beginnings of the modern Olympic movement ? the patronage of King Edward VII during the first London Olympics is partly responsible for the ongoing success of this incredible sporting exercise. Although three Olympics had already taken place, the London Games of 1908 were part of a movement that barely registered on the world’s collective consciousness. There was even a danger that the noble ideals of Baron Pierre de Coubertin, founder of the modern Olympics, would fizzle out after a lacklustre and sparsely attended 1904 Games in St. Louis, Missouri. Yet King Edward VII became very interested in the Olympics, asking for regular updates from his courtiers on preparations, and happily agreed to open the Games – with a ceremony taking place at a specially constructed stadium at White City in West London. It would be this event, and the King’s involvement, that sparked interest in the Games across the country thanks to the behaviour of the flag bearer of the American team ? a shot putter named Ralph Rose.

Due to the rush in the run up to the 1908 London Olympics Italy were suppose to host ? there was an oversight on the flags circling the stadium, 22 countries were represented at the games but only 20 flags displayed. Sweden and America were most offended that their flags were not showcased and as a result Sweden skipped the first ever opening ceremony and the Americans sent in Ralph Rose to give the royal snub. As all the national teams passed by the Royal box during the ceremony, each flag bearer dipped his national flag in deference to the British monarch, yet Rose kept the Stars and Stripes resolutely upright as he strode past. Afterwards the American team captain declared that this was because ‘This flag dips to no earthly king’ – suggesting that it was a pre-planned snub, rather than just an oversight on the part of Rose. The incident was seized on by the British press and the story was spread across the front pages of national newspapers, which successfully whipped the British public into a patriotic fervour in protest at the perceived slight to the King. The Olympics was now painted as a fight between the British and American teams ? the two strongest teams

Juan Carlos I of Spain
The King of Spain, Juan Carlos, also competed in the Dragon class sailing event ? this time at the 1972 Munich Olympic Games, finishing 15th. He became the King of Spain in 1975 after the death of General Franco and is still on the throne today.

The Duke and Duchess of Palma de Mallorca
This Spanish royal couple both have Olympic claims to fame. The Duchess is the daughter of Juan Carlos and competed in the sailing competition at the 1988 Seoul Olympics with her brother Filipe. Her husband the Duke was a professional handball player for FC Barcelona and was part of the Spanish team at the 1992, 1996 and 2000 Olympics. The 2000 Olympics was the only one he competed in as a royal.

Harald V of Norway
The current king of Norway has a long and distinguished Olympic career, having competed in yachting events at the 1964, 1968 and 1972 Games. He was also flag bearer for the Norwegian team at the 1964 Olympics.

Princess Nathalie of Sayn-Wittgenstein-Berleburg
This member of the Danish royal family took part in the 2008 Beijing Olympics as part of the Danish dressage team and was rewarded with a bronze medal.

Olav V of Norway
Took part in the 1928 Olympics in Amsterdam and competed in the 6 metre sailing class winning Gold for Norway.

Queen Sofia of Spain
A reserve for the 1960 Greek Olympic sailing team. Her husband Juan Carlos I and brother Constantine II were also Olympic sailors.

Felipe, Prince of Asturais
The most successful sailor in his family, Felipe came 6th in the sailing class at the 1992 Olympics. His mother, father, sister and uncle were also Olympic sailors.

Princess Haya of Jordan
Not only was princess Haya competing in the Equestrian team at the Sydney 200 Summer Olympics, she was also the flag bearer for Jordan.

Albert II, Prince of Monaco
Has participated in all the games from 1988-2002 as part of the bobsled team at the Winter Olympics. He is also married to a former South African Olympic swimmer, Charlene Wittstock, now Princess of Monaco. John Kelly and John Junior Kelly, Prince Albert’s Grandfather and Uncle respectively also participated in four Olympic gamesn the Games ? and the battle between old world and new captured the imagination, with events packed full of flag waving spectators. Eventually, the British came out on top in the medal table and the honour of the King was deemed to have been upheld, whilst the Games made headlines across the globe – taking the event from the status of a sporting curiosity to that of a major worldwide event.

The World’s Royal Olympians
It is not just Princess Anne that has flown the flag for royalty at the Games ? in fact, athletes with connections to the world’s royal families have a long history at the Olympics. Here are some other royal competitors from over the years:

Prince Friedrich Karl of Prussia
A member of the Prussian royal dynasty, Prince Friedrich was an accomplished horse rider who won a bronze medal on his horse Gibson Boy, at the 1912 Olympics in Stockholm. Just five years later he died in a prisoner of war camp, after being captured by Australian forces during the First World War.

This Article was taken from Royal Britain Issue 2

The Prince of Wales Makes A Virtual Visit to Nigeria